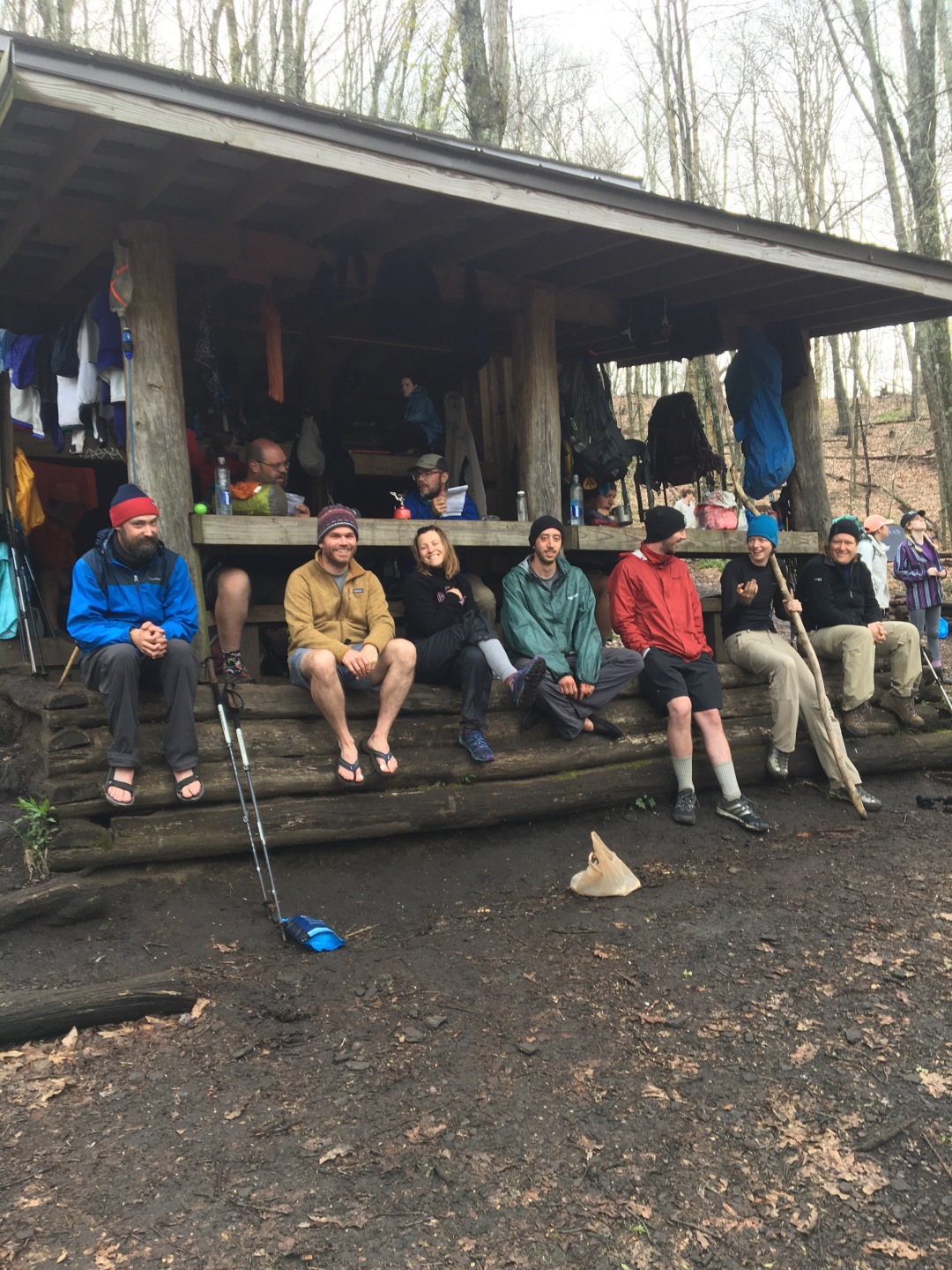 We’re On The Same Team

I want to share a story that happened a few weeks ago, but that I’ve been thinking a lot about. First of all, for those of you that aren’t familiar with the nightly camp routine on the trail, there are a designated number of tasks a hiker must do before settling in for the night. This usually looks like setting up a tent or a hammock, blowing up a sleeping pad and laying out a sleeping bag, changing into clean(er) and dry(er) clothes, and cooking dinner. The dreaded final step in most cases is hanging up your food bag for the night so that bears can’t snack on your trail mix, or potentially your leg if you keep your bag in your tent with you.

I can’t stand this step. You know how at home there’s some chores you can mozy through without much anxiety, but then there’s always that one that just makes you want to throw up? For some it’s dishes, others it’s folding laundry. Well, for me, it’s finding a sturdy branch far enough from the camping area, at least 10 feet high, and then throwing my rope attached to a rock over said branch (I usually miss the first two throws), and then hoisting my food bag up over. Oh, and making sure that the bag then hangs at least four feet from the trunk of the tree. Yeah, it sucks.

But like with all things unenjoyable, the solution is just to wait to do it until the very last minute, and then complain about it the whole time. I typically procrastinate until it’s almost dark, and then repeatedly get mad at myself for not getting it over with sooner as I fumble around.

One particular night, I set up camp in a remote place off the trail. There was only one other hiker camping there. He was a golden hiker. That’s my name for those that just seem like they always have it together: they never look that dirty, their meals and resupplies are planned out and actually nutritional, their ropes never tangle, they have all the cool gear. He had all his chores done and was in his tent by 7:30, probably reading Thoreau or a book on edible plants, while I sat there wondering what day of the week it was and if I was in North Carolina or Tennessee.

I set out to hang my bag, and I’m not exaggerating when I say there were no branches. Anywhere. I’m pretty flexible with that whole ’10 feet off the ground, 4 feet away from the trunk’ guideline. And by that I mean that I usually just look for a branch that a bear probably couldn’t reach. But this night, I sincerely searched for half an hour without finding anything. I spotted the golden hiker’s bag, hung expertly on a flimsy branch with a fancy knot. In my desperation, I took a sneaky glance at his now quiet tent, and decided to just throw my rope over as well.

It’s not like hikers claim dibs on branches or anything like that. But like I said, this one looked pretty flimsy, and I knew as I attempted to hoist my bag up and over with his that it probably wasn’t my best idea. When the branch snapped and both of our bags crashed to the ground, I knew I was right.

The noise brought him from his tent, head lamp on since it was now dark. I stood there like a child caught red handed and muttered what happened. He then approached the scene with his pocket knife, but instead of killing me like I expected, he cut away debris from the branch to free our tangled rope.

Brushing off my countless apologies, the man not only rehung his bag, but insisted that he hang mine on his rope as well. He smiled and kept telling me it was no big deal, even though I’m sure he had been drifting off to sleep. When his task was done (which looked more like a YouTube how-to video instead of my clumsy procedure), he reassured me with a line that has resonated with me:

‘There’s nothing to be sorry or upset about. I’m not mad at all. We’re all on the same team, aren’t we?’

This guy could have been furious. I inconvenienced him after he had been exerting himself all day, and mostly as a result of me being lazy and irresponsible. If this doesn’t sound like a big deal to you, just understand that there are only a few, but very essential, parts of our daily routine. You are utterly exhausted at the end of the day, and something like being startled awake by your food source crashing to the ground can be a bit disruptive.

When you’re hiking, helping each other out is second nature. Strangers share their food, check in on you, make room in an already-packed shelter. They accept when you make a mistake, even if it’s affected them. I’ve heard that if everyone helped each other in the real world how they do on the trail, it would be a better place. It’s true. It restores your faith in there being good people.

But in the outside world, the concept is a little lost. I think about the lack of patience and intolerance that I myself demonstrated before coming out here. I think of people avoiding eye contact, not holding the door for one another. I think about road rage and eye-rolling and snapping at a friend when we feel irritable. I think about how we treat the person ahead of us in line that’s taking a long time, or the new worker at the drive-thru that messes up our order. I think about passive aggressiveness, snide comments. The truth is, the outside world isn’t that much different from the trail in the big picture. We are all just walking along, living. Hell, trying to survive. And if there’s one thing I want to take away from this hike it’s that on the trail or not, we’re on the same team.